Back in the early 70’s, there was a very healthy gigging scene for bands in the North East of England. Many venues featured two bands, some had several and so we all got to know one another. I was in a band called Bullfrog and on one show we double-billed with another local band, Beckett. I got chatting with their singer Terry Slesser. This could well have been the Rex Hotel in Whitley Bay which had two stages and always featured two bands. We talked about our ambitions for our respective bands. I said that my real interests lay in songwriting and if things didn’t go well with my band then that’s the route I would take. “Ah”, said Terry, “Songwriters, the unsung heroes”. I responded that this was a great title for a song and Terry said: “well let’s get it written and recorded”.

We were both full of good intentions but nothing happened, that is until 45 years later. Meanwhile, I did indeed go into the songwriting and production world. Terry’s singing career went from strength to strength. Mott The Hoople invited Terry to be the replacement for Ian Hunter. Instead, he joined Paul Kossoff’s Back Street Crawler. He was also a member of its successor band, Crawler, for the balance of the 1970s. Terry was on a shortlist of two (himself and Brian Johnson) when AC/DC was looking for a replacement for vocalist Bon Scott. Bonn had died in February of that year. In 1983, Terry featured as lead vocalist with Charlie on their US hit single “It’s Inevitable”, and the related album. Also in 1983, Terry was featured on backing vocals on the Def Leppard album Pyromania. In 1984, he toured Europe, Japan and the USA as a backing vocalist with the Michael Schenker Group.

I took a different route and went into songwriting and production. I had songs recorded by Celine Dion, Sheena Easton, Elkie Brooks, The Hollies, The Searchers, The Tygers of Pan Tang, Baby Ford, Colin Blunstone, Elaine Page and Chris Farlowe. I enjoyed hit singles and albums. I also produced some key recordings during the ‘New Wave of British Heavy Metal’ (NWOBHM) including Raven, Venom (both huge influences on rock giants, Metallica) and The Tygers of Pan Tang,

Then last year I came in from the songwriting back room and stepped on stage again for the first time in decades. Terry and I finally made good on our plans to work together when he became one of the guest vocalists on my show “Steve Thompson Songwriter”. I had put together a great band and we performed many of the songs listed above. I also told stories behind the songs and showed video clips. The shows went very well.

We also went into Custom Space Studios in South Shields and recorded (just the two of us voice/guitar) a song Tommy Morrison and I had written for Paul Rodgers called “Sleepin’ Train”. We had a blast and got done so quickly that we had time left. So I went in and laid down a rough of “Unsung Heroes” for Terry to take away and work on. We enjoyed the session so much that we decided to cut an album in the same studio. Our conversation that day led us to call this proposed album “Fragile Imperfections”. Let’s hope it doesn’t take us another 45 years to finish it!

The VainGloriousUK label has released a taster for the forthcoming album featuring “Sleepin’ Train” and “Unsung Heroes” (sorry about my vocals). Download for 20p or order a limited edition white label CD with jewel case and printed sleeve for £1.

There is a new “Steve Thompson Songwriter” show on the horizon too. This is The Georgian Theatre, Stockton on Tees UK, March 25th: Tickets £10 Advance. 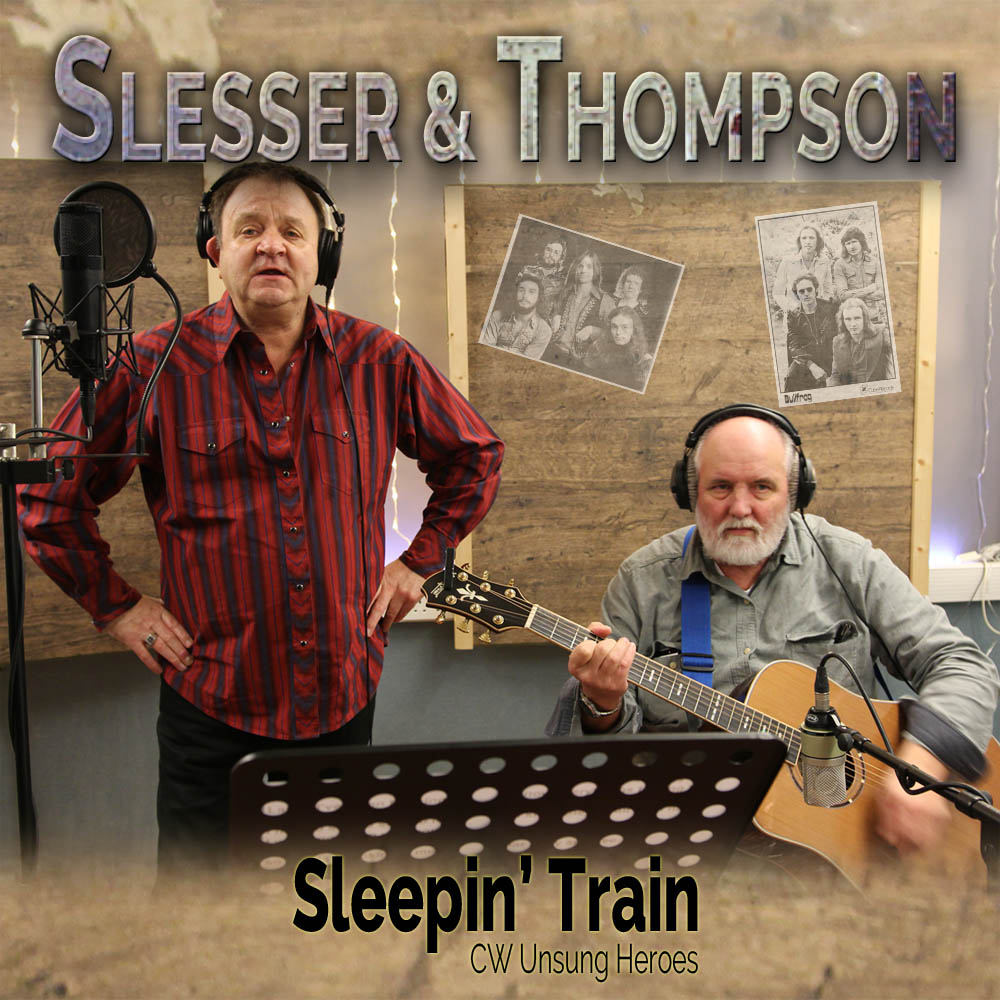