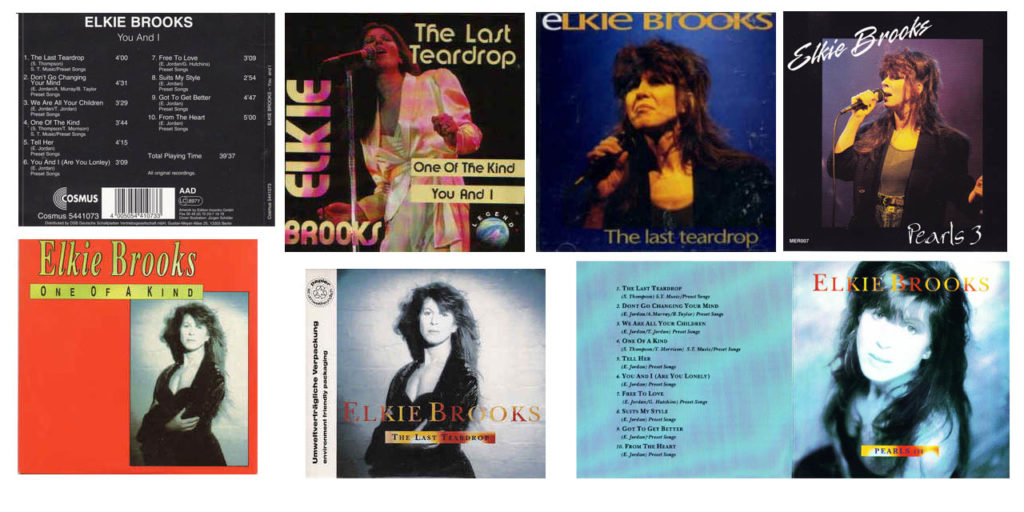 This song was co-written with Tommy Morrison. Elkie Brooks released this a single in Germany and France and then worldwide on the Pearls 3 album and then later on her Greatest Hits CD.

The video takes you through the various stages of the song. Naked song alert !!  – the mix-up starts with my rough “dooh be doo be dooh” rendition. All I had was the title and the melody. I gave this to Tommy to develop a lyric and next there is a version sung by Tommy when he’d done the lyrics.

Next, there is a version sung by Phil Caffrey that I used to pitch for covers. This version can be heard in full on the Caffrey Morrison Thompson album, “Sleepless Nights” released by VainGloriousUK.

Next, you’ll hear the Elkie Brooks version. Finally, there is an updated version I started to work on about a year ago. Maybe I need to finish this?

This song means a lot to me as Tommy is no longer with us. One Of A Kind was played as we said farewell to him at Sunderland Crematorium on a cold January day in 2014. Tommy’s funeral in 2014 as we bid farewell to him. I’m sure he’d be delighted to know that my band are still performing this song. Come and see us perform it at The Georgian Theatre on. March 25th. The amazing Jen Normandale takes the vocals on this one in the show.

For those with an interest in such things a few words about the construction. From my simple beginning, I had a title, a melody, a feel and an emotion. I discussed all this with Tommy and he came back with the perfect set of lyrics. This is not a simple pop song lyric – “I’ve spent a lifetime, or so it seems, moving in circles, dealing in dreams”, pure Morrison Magic. My approach was one that I’ve heard Paul Simon discuss. To present oneself with a musical conundrum that you then set about trying to solve. I was aiming to produce a song that emulated an era without sounding Retro. This is a sixties song written in the nineties. I could not be too experimental because I wanted the song to be recorded by someone. Writing a song for other artists is not the same as writing a song for your own band. The artist will invariably be writing their own songs and so you have to hit them with something that surpasses those songs. Something that is structured so very singable that they want to do it so badly they put their own songs aside in favour of yours. I managed this twice on Elkie’s “Pearls 3” album! Anyway back to the construction: The opening two chords are fairly standard. There are a few obvious choices that the third chord could move to but I chose none of them. Nothing outrageous but I went to a place, not 100% expected. I also did this with the opening two chords in the choruses too. What I worked on hardest with the song were the feel and emotion. I simply cannot describe this, it comes from within. Elkie added a few lyrics “I’m so glad you’re mine, you’re one of a kind”. My original rough version contained lots of “dummy” words but I asked Tommy to leave the line “Whoa whoa whoa whoa, you’re one of a kind” as it was when he worked on the lyrics. Elkie said she felt that it sounded like we were unable to come up with words at that point. Both Tommy and I agreed that our “whoa whoa whoa whoa” meant a whole lot more than Elkie’s “I’m so glad you’re mine”. The Tommy/Steve version is the one my band performs – sorry Elkie!