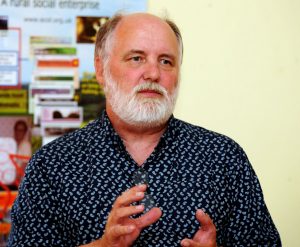 I give a series in places like Women's Institutes, Lunch Clubs, Retired Men's Forums and Social Clubs, U3A, etc. My various talks draw from my personal life experiences and are always very well received. I use a full range of multimedia and usually bring my own equipment.

The talks usually last around 45 to 50 minutes with time for questions but I can adjust these to suit your situation. I started with the story of my time in the music industry but due to popular demand for return visits, I have developed a series of talks. They all have a common thread of culture, creative art and heritage and are also spiced with a healthy dollop of humour.

I may be adding more subjects so please return. If you would like to engage me to deliver one or more of these presentations please contact me to discuss dates and fees. Scroll to the bottom of the page to read my testimonials.

I have written songs for Celine Dion, Sheena Easton, Elkie Brooks, The Hollies, The Searchers, Sarah Brightman, The Tygers of Pan Tang, Baby Ford, Colin Blunstone, Elaine Page and Chris Farlowe. I have had hit singles and albums.  My talk tells the stories behind these songs and artists and describes an incredible adventure. There are many anecdotes including the time I wrote a love song for two dolphins! The talk features insights into the music industry as well as before and after examples of some of the songs the artists referred to above recorded. 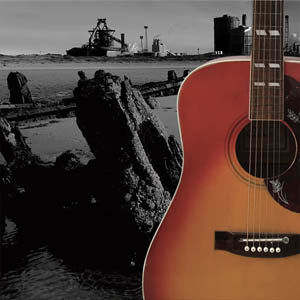 Between an unsuccessful stab at being a recording artist and a successful career as a songwriter I spent some time as a record producer. Something occurred which became known as the New Wave of British Heavy Metal (NWOBHM). This has gone down as a piece of landmark music history and the full title bestowed upon me is “The Godfather of the North East NWOBHM”. You may not be a fan of heavy metal but fear not, your ears will not be assaulted by high volume mayhem. What you will get is a fascinating story of history in the making which is hilarious in several places. This is a cleaned up version for the talk circuit. Even well loved comedian Bobby Thompson makes an appearance and so too does highly regarded broadcaster Frank Wappat. 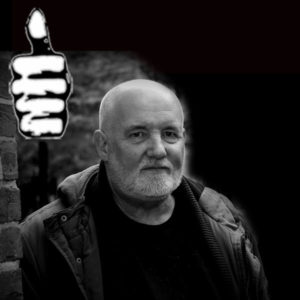 The Battle Of Stanhope

The “Battle of Stanhope” took place on December 7th, 1818. The Napoleonic wars had come to an end reducing the demand for lead for bullets; lead mining was an important industry in Weardale so dire poverty ensued. To make ends meet the lead miners took to hunting the ‘bonny moorhen’ which led to a famous battle between the poachers and the Prince Bishop’s gamekeepers. This talk tells two stories, one of the 1818 battle and the other a 2012 community play based on the story. Both are ripping yarns and a terrific adventure. 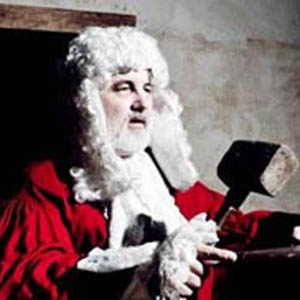 William Jobling was the last man to be Gibbeted in England. The story is set against the harsh realities of life for northern mining families in the early nineteenth century and the beginnings of the unions would fight for justice and fairness for workers. I tell the story of William and Isabella whilst incorporating the songs and dialogue from a musical I wrote in 2017 making it a powerful and emotive piece of storytelling. 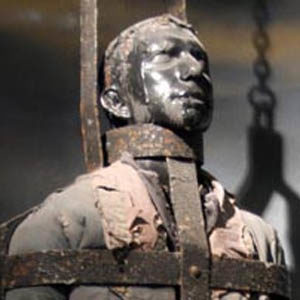 This is an emotive story about a Town (Consett), a musical and a life (mine). I had been telling playwright Tom Kelly anecdotes about my time as an apprentice at Consett Steel Works. Then one day he handed me a synopsis for a new musical “Steel Town, a young man dreams of his escape from the Steel Works into the world of the music industry – a true story! This talk features images and video of times gone by and songs describing the end of Steel Making in Consett. There are laughs and tears!  Warning – there is a little bit of “industrial” language in this one but it is ever so tastefully done? 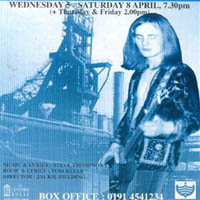 Thank you for your most entertaining talk yesterday. I was not alone in finding it humorous and full of interest even though I am not totally into the genre.

Your sensible omission of some of the tales which may have rattled a few cages was much appreciated as was your timing and natural flair as a raconteur. (Subject: The Godfather)

“It falls to me to give the official thank you on behalf of the group. It is customary to use words like ‘interesting’ or if it’s really good ‘fascinating’. What I just witnessed goes way beyond that, it was absolutely emotional”. (Subject: A Songwriter’s Life)

“I’d like to say how very proud I am to know that someone as talented as you hails from our area”. (Subject: A Songwriters Life)

“I’ve been coming here for years and we’ve had some good speakers but that guy this morning was the best I’ve seen. It was such a different sort of talk and the topic was unique”. (Subject: A Songwriter’s Life)

“May I say how people on Monday were very taken with your presentation. Your subject was something very different. Full of pathos and a burning sense of injustice, it was very moving”  (Subject: JOBLING)

“We met at the Forum on Wednesday just gone. Over 100 members turned up for your presentation and I can safely say we all thoroughly enjoyed it”. (Subject: A Songwriter’s Life)

“Steve had the Fisherman’s Arms audience in stitches as he recalled what it was like when these historic events took place” (Subject: The Neat Records Story)

This show has run as a 90 minute event with an intermission. I’m also considering editing it for the talk circuit.

The first songs I wrote were pretty rubbish. However, I worked at it and eventually I must have got it right cos I’ve sold hundreds of thousands of records around the world. I studied the masters: Lennon/McCartney, Goffin/King, Bacharach/David. I’ve also worked with several renowned producers who have pushed me to re-write and re-write to perfection. I will explain how the songs were written and explain the inner workings musically and lyrically. I’ll also throw in some of the lessons I learned from the masters. This will be part theory and partly anecdotal but it will be light and enjoyable. I will pitch this so it works for non-musicians as well as would be songwriters. I’ll be sure to toss in some humour too. I’ll even share some of those early (sometimes hilarious) songwriting attempts 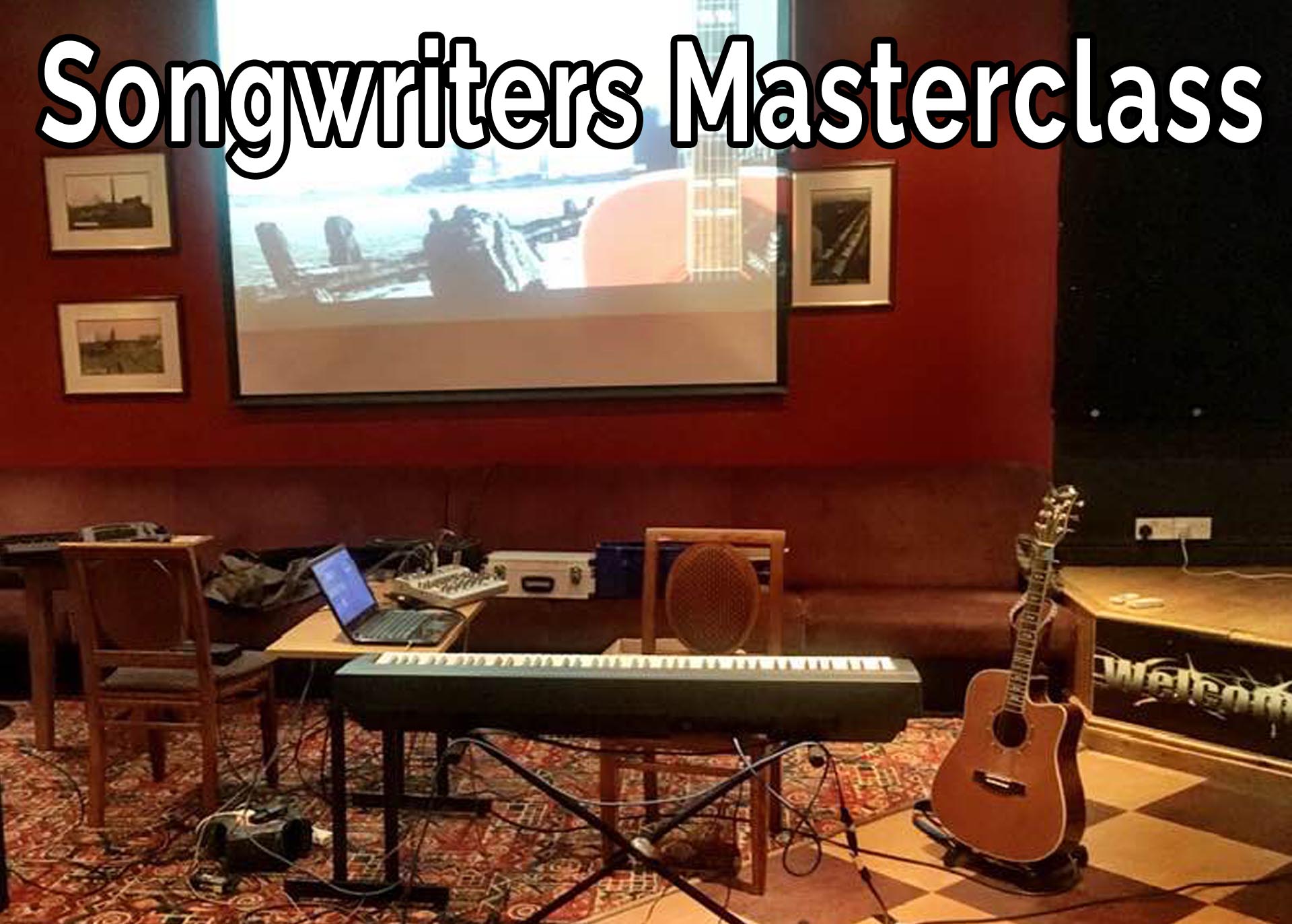 This story, new for 2021 in many ways ties together most of the other stories I have been telling. It tells how a chance meeting by Sainsbury’s fruit and veg display that led to working in community media, producing innovative Internet broadcasting before the BBC were doing it. This led to 15 years of wild and wacky stunts in the otherwise sleepy and laid back world of academia. I’ll tell of the worlds first online pub quiz featuring Tony Blair (when he was popular). An edifice built in the virtual world that led to a £3.8 million refurbishment project. How I became appointed as “Ambassador to Digital Inclusion” for a Lithuanian Republic and finally won the vice chancellors award for excellence in community engagement. 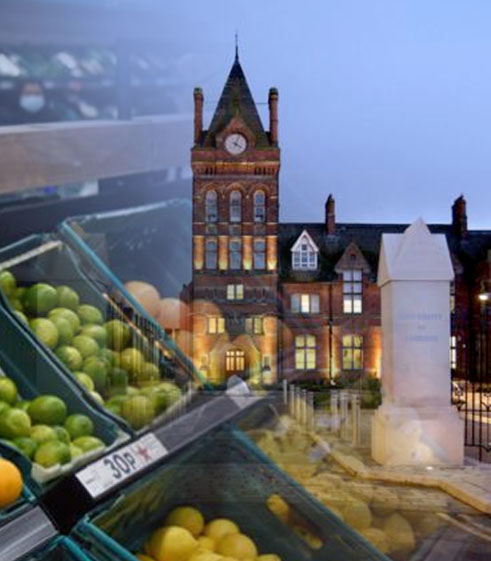