“An Evening With”: A Multi Media Talk Show In Hartlepool 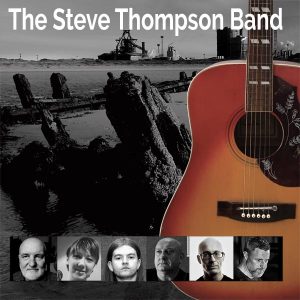 The Steve Thompson Songwriter show is a songs and stories multimedia show with a fantastic 6-piece band (click for the lineup biographies). The show is appearing in Theatres and Arts Centres around the UK. Click here for dates and ticket info.

Steve Thompson has written songs for Celine Dion, Sheena Easton, Elkie Brooks, The Hollies, The Searchers, Tygers of Pan Tang, Baby Ford, Colin Blunstone, Bruce Ruffin, Wavelength, Elaine Page, Middle of The Road and Chris Farlowe. ‘Steve Thompson Songwriter’ features Steve’s own band playing new versions of the songs that he’s written for many of these and other artists. In the show he also tells the stories behind these songs as well as anecdotes from his time in the music industry, working closely with an equally impressive list of Producers such as Gus Dudgeon ( Elton John, Chris Rea); Rodger Bain (Black Sabbath); Christopher Neil (Mike & The Mechanics, Marillion, Gerry Rafferty) and Peter Collins (Rush, Gary Moore, Bon Jovi) See also Wikipedia.

Get it in iTunes or Spotify. Order CD single here.

This is a fascinating and unique project, reflecting the creativity and variety of the North East music scene, with some of the region’s best singers and musicians building a new platform for Steve Thompson’s best songs.  This is a highly accomplished team of musicians.

STEVE THOMPSON: THE GODFATHER OF THE NORTH EAST NWOBHM

In a long and varied career, Steve Thompson also wrote and produced some key recordings during the ‘New Wave of British Heavy Metal’ (NWOBHM) including Raven, Venom (both huge influences on rock giants, Metallica) and Tygers of Pan Tang, who at one time featured another collaborator of Steve’s – guitarist John Sykes, who went on to join David Coverdale in Whitesnake.