I am in a philosophical mood today. Just ignore me if you wish. When I quit my band Bullfrog it was to concentrate on becoming a songwriter.  I made some demos assisted by Bullfrog drummer Jim Harle in a studio called Mortonsound in Carliol Square. I recently chanced upon the tape from that day and borrowed a Revox to have a listen and digitise the songs. These demos are too primitive, naive and cringe-worthy to share. They will not be joining my forthcoming releases from the archives.

The picture of me and Jim is roughly from that time. I was 22 making him 23/4. I’ll be sending Jim the recordings. Jim recalls there was an “elderly gentleman” at the mixing desk that day. That would be Roy Hartnell who became a friend of mine. He was 40 years old – elderly!

Cringe-worthy yes, but the recordings represent the first step on a journey I was determined to make. Some might say my real first steps were with my band Bullfrog but this did not take me to my chosen destination. Or maybe it simply took me to the destination that was meant to be: Carliol House, Newcastle. Perhaps the start of a new journey. Those who know me will not be surprised that I embarked upon that journey with a determination more like a curse than an asset. I did reach my desired destination as well as several other destinations. I guess I’m still on the journey. 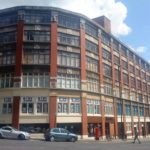 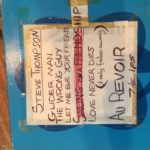 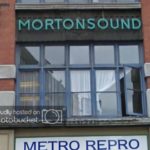 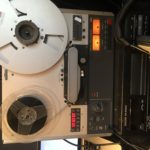 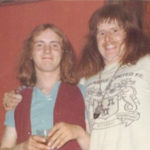