It was 1980 and I’d just spent the day in the studio making demo recordings of some new songs. I session guys had done  a fine job. One of ’em said “why are you still writing pop songs when all this heavy metal is happening”. (NWOBJHM). They all got onto this and pressed me to do something about it thinking that since I was already A&R for Neat I could get them a deal. “Ok”, I said “you lot fuck off to the pub and I’ll knock off a coupla heavy metal tunes. I said “Make it two pints to give me a little time”. Mickey Sweeney wanted nowt to do with it and just set everything up for me to engineer the session and then he went home. Before doing so he gave the band a great name “Nights That Pass In The Ship” (the very pub the guys were going to). While they were gone I knocked up a couple of songs.

When they came back I went through the two songs with them. Then I set the tape running and jogged back to the studio and picked up my guitar. Also on the session was Peter Richardson: Guitar, Garry Maughan: Bass and Michael Black: Drums. We recorded the two songs and went back to the pub. The next day I called Phil Caffrey and he came in to sing them.

And that was that. The songs never saw the light of day. And then I spotted them: they’re on the same tape reel as the Raven audition tape. I’m about to digitise this before shipping off to John Gallager in Florida. Perhaps these recordings will join my archive stuff going out on Vainglorious UK 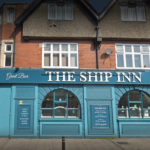 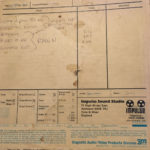