When I quit my band Bullfrog in 1974 it was to concentrate on becoming a songwriter. I made some demos assisted by Bullfrog drummer Jim Harle in a studio called Mortonsound in Carliol Square Newcastle. The building that was home to Mortonsound Studio was impressively named “British India House”. I used to walk down an incline past Worswick Street Bus Station. The bus station is no longer there but thankfully British India House is still standing to this day. It is is an impressive 1930’s Art Deco style building.

A while ago I chanced upon the tape from that day and borrowed a Revox to have a listen and digitize the songs. These demos are too primitive, naïve and cringe-worthy to share. But this work is my first solo demo recording and represents the foundations of my song writing career.

Jim, the Bullfrog drummer who was the only other musician on the session recalled “there was an elderly gentleman at the mixing desk that day”. That would be Roy Hartnell who became a friend of mine. He was 40 years old – elderly!

Cringe-worthy the recordings may be , but the they represent the first step on a journey I was determined to make. Some might say my real first steps were with my band Bullfrog but this did not take me to my chosen destination. Or maybe it simply took me to the destination that was meant to be: Carliol House, Newcastle. Perhaps the start of a new journey. Those who know me will not be surprised that I embarked upon that journey with a determination more like a curse than an asset.

Mortonsound was a humble 4 track affair but I did return there once more when I quit my job as house producer at Impulse studios around 1979. Unlike my first visit to Mortonsound the second visit produced hits: a top 20 album track for a British artist and a massive hit for a Canadian vocalist. The story of that second recording session is told here:
https://steve-thompson.org.uk/i-quit-heavy-metal-and-a-flower-pot-man-came-to-call

I travelled to the studio with an 80’s pop icon and a 60’s song writing icon sat in on the session. Quite a story don’t you think? 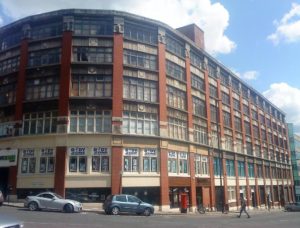 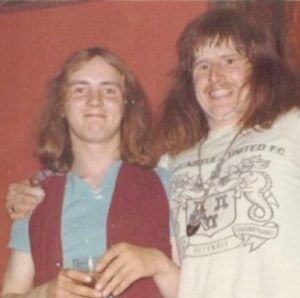 Me and Jim around that time 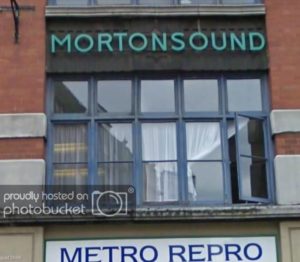 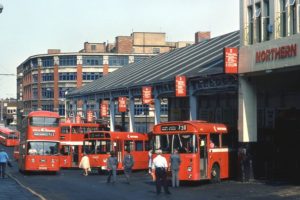