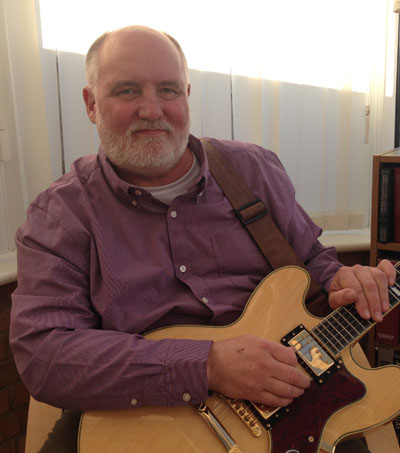 The Steve Thompson Band is set to go into rehearsal in January. It’s about 15 years since I gigged regularly (with the Mick Whitaker Band)  and I hadn’t really intended to do this now. There have been posts on Facebook, Twitter and this blog but Things have developed rapidly so I thought I’d lay it all out here and then blog the developing story regularly.

I guess it began when I posted a picture of my new guitar on Facebook. Bassist, Richard Rutherford commented and a conversation ensued. He said he’d be happy to join me in “gigging” the new guitar and was fairly confident that drummer Paul Smith would be up for it too. (and he was). I last saw Richard and Paul when we rolled out the Steve Thompson Band at the Customs House, South Shields. It was a review called Songs Of Love Work and War. Songs written by Tom Kelly and I including songs from our Musical “Steel Town”. Richard joined the band when we took the musical to Consett, the town where I was born and the original Steel Town of the story. He suggested back then that I put a band together to perform the songs I’ve written down the years. I didn’t go for it then as it seemed uncomfortably ego-centric.

Well, I have a perception that some of what I’ve done has been around so long it ceases to be old fashioned and has become trendy or at least interesting. I’ve given talks around the world and done interviews for books and DVD’s on different aspects of my writing and production career. With the new band I can tell these stories and actually play the music I’m talking about. Now, that’s going to be a daunting task because as a writer I’ve written an eclectic range of material covering everything from pop ballads to heavy rock (see the image at the foot of this post). There has also been some interest in my very first band Bullfrog which toured extensively in the 70’s and cut a few records. So what I thought was this: What if Bullfrog had not disbanded ? What if I had written these songs for them and not the likes of Celine Dion, Elkie Brooks, Tygers of Pan Tang etc? So what I plan to do is put our most well known song in the set. We’ll make it sound credible and now? and then try to create a unified sound stemming from that. These songs all have other artists stamp on them and I’ve never performed them apart from cutting the demos. So what will our sound be? For this reason I plan to make the first rehearsals just a three piece – bass drums and guitar (as Bullfrog was). We have a keyboard player who will shortly be announced on the band line-up page and we’ll introduce him into the second wave of rehearsals. Furthermore I can’t sing for toffee so we’ll need to find a singer but we’ll also have guests – the first to come forward is Lorraine Crosby. 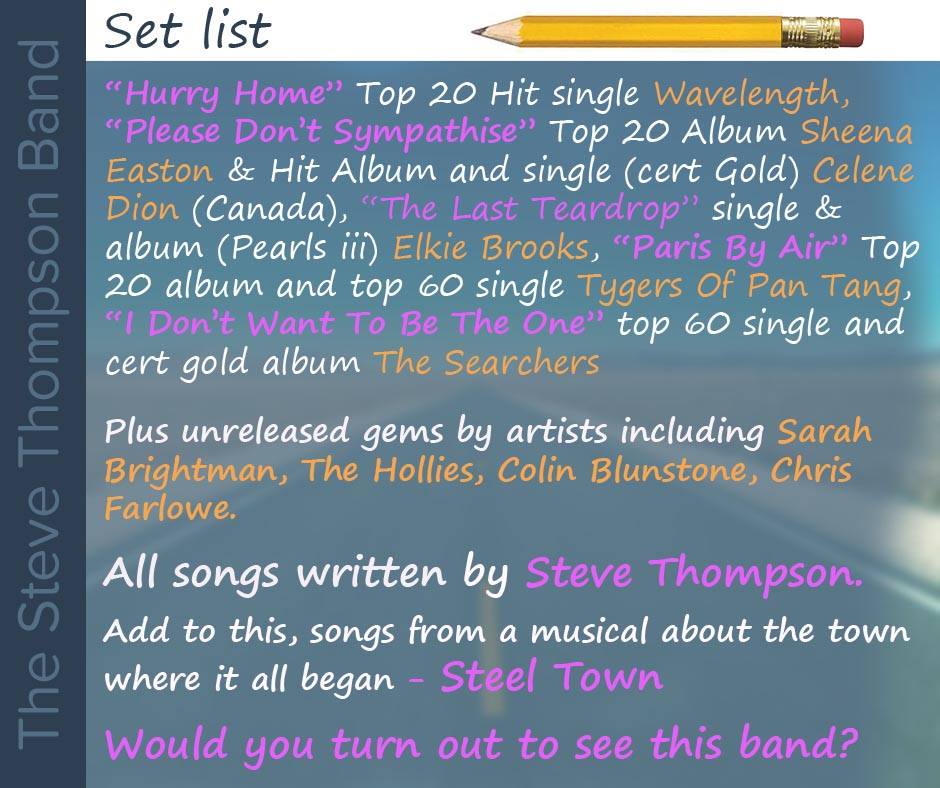 no spam – occasional mailings only