Writing a song in the room next to Motorhead

I recently told part of this story as it related to Lemmy of Motorhead. Here is the full story (part one) 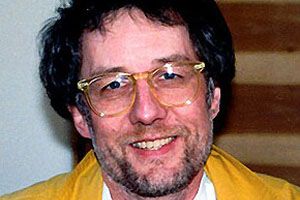 It would be circa 1983/4. I had just signed an exclusive songwriting deal with MCA Music. Record Producer, Gus Dudgeon wrote to MCA complementing them on their wisdom in signing me and urged them to get cracking on some songs for the new Elkie Brooks album. I’d worked with Gus a few times up to then but over the years I was to work with him a great deal. I thought it was really generous of him to write to my new publisher like that. To non-musicians Gus may not be a household name but the artists he produced are certainly well known: David Bowie, Elkie Brooks, Joan Armatrading plus the majority of Elton John’s output. He also produced a slew of North East acts: Lindisfarne, Chris Rea, John Miles and The Caffrey Brothers (this was when first met him)

Obviously I was definitely going to take up the Elkie Brooks challenge but I also knew how pernickety Gus was about songs, and so I devised a cunning plan. I figured the best way to get a cut on the next Elkie album (Gus had produced Pearls and Pearls ii) was to invite him to write it with me. As it turned out I was wrong. Elkie fired Gus as producer before he ever got to even play her our “Going Solo” and the recording was never heard (till now – I dug it out and I will append to this story). Several years later Elkie did cut two of my songs and guess what? –  the album was called Pearls iii but my subterfuge with Gus played no part in that. However, that’s another story.

Back to the songwriting. I thought Gus would sit politely back whilst I wrote the song and he looked on, maybe tossing in the odd producer’s comment or suggestions as he had never written a song before. However, it did not pan out that way and it turned out to be quite an adventure. The writing session started out at MCA’s offices. They were really excited about this and they had a removals firm come in to move a grand piano out the MD’s office into a large open area. The writing began but it was kinda odd as people kept stopping by to take a peek. Gus declared that the next day should be different so he had MCA rent a whole rehearsal room complete with a stage and a PA. Talk about overkill !

So the next day just after noon we turned up at Nomis Studios in West London for the next phase of the writing process. I neglected to mention that the man who signed me to MCA and was my mentor there was Pete Waterman. Pete managed a producer called Peter Collins who was also starting to record a lot of my material. We borrowed an acoustic guitar and drum machine off Peter Collins for the writing session. So here comes the Lemmy bit. Gus and I were ready to begin writing session part 2 when all hell broke loose, There came a thunderous noise from next door and various parts of the room were shaking.  When it stopped we went through and, lo and behold it was Motorhead having a little rehearsal with the amps turned up to 11. I think Gus knew the guys and we had a little chat. Lemmy said they would be going off to the pub soon. After a couple more songs, sure enough they did just that, never to return. Gus and I continued to work on the song and just like any session with Gus it went on and on and on. I will still have the worktapes from this session somewhere. Wish I could find them.

The next bit is a bit of a blur. Either we worked really late or else had dinner but my memory kicks back in as we are driving around London in Gus’s Aston Martin and its night time. I point out that we’re supposed to return the guitar and drum machine to Peter and it’s getting late. As we approach Peters street, Gus decides to call him. This is him being flash – nobody else I know had a phone in their car in ’83. Peter answers, “Hi, it’s Gus, we’re going to drop your kit off – just making sure you’re up”. Peter asks how long it will take to get there. Gus says, “two minutes, we’re turning into your street”. Looking back now realise this had something to do with Peter’s demeanour because when he answered the door he was in his dressing gown, his eyes were wide and he was very nervous. He invited us in and gave us coffee. Gus rolled a huge spliff and started to tell us some ripping yarns from his career. Terrific stuff with many twists and turns but he returns from the tangents every time without losing his thread. Eventually Gus says to Peter “I’m sorry old chap, we’re keeping you from your bed”. Then Peter says, “no problem, YOU ARE MY BIGGEST HERO”. I was Gobsmacked. Peter had enjoyed a zillion hits that year and at that moment in time was hotter than Gus. I’m talking about, Gary Moore, Bon Jovi, Billy Squier, Rush, Air Supply,  Nik Kershaw,Tracy Ullman, the list goes on.

We finally said goodnight and the next day I headed home. The next step would be to produce a rough demo and then a full demo which Gus declared he would come to Newcastle to produce. I realise this story has turned into an epic to I’ll continue the story in part 2 and include the actual recording we made.