My formative years were spent at Consett Iron Company. I was assigned to the Blast Furnace as a  Fitter.

In the picture below are the three blast furnaces of Consett. In the forefront is the Goliath gantry crane. That was some piece of engineering. The gantry trundled left or right in the picture. The cabin moved forwards (towards the furnaces) or backwards (towards the photographer). In this way it could traverse the vast stockyard and pick up the raw materials and fill the hoppers in front of the furnaces. On the days I was assigned to the crane for maintenance we would take our bait and spend the entire day on it. We clambered all over it, sometimes on the gantry and sometimes riding the huge cabin. It took a good while to walk to the end of the gantry. One day the fitter I was assigned to had to climb down the chain to stand on the huge grabber to perform a repair there. I was glad it was not me. One day we were having a bit of craic in the cabin and one of the older guys said “you’re Dick Thompson’s grandson aren’t you”? I said I was and they all started telling stories about him. One guy described him as very musical and quite crazy. There you go folks, it skipped a generation but now you know where “crazy and musical” landed. They blamed this on a very bad motorcycle accident he and my grandmother had. After the accident he ceased singing popular hits and took to singing opera in the pubs and clubs. He also took to walking around Consett wearing a top hat, spats and a silver-topped cane. I’ll be in Consett myself this coming Thursday but minus the top hat and spats. I’ll be giving my final talk in a series of three. This one is “Steel Town”. It’s about my time in the Steel Works, how I escaped into the world of music and the musical Tom Kelly and I wrote about the adventure. It’s 7pm at The Steel Club. £2 if you want to come (there’s a spot of industrial language in this one)

On April 11th I bring my full band to town: Look out Consett!!! 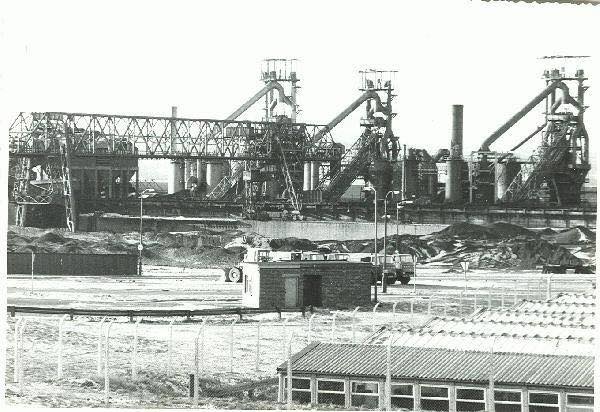