Yesterday evening I sat on the patio with a beer watching the sun go down. An old man with less hair, fewer teeth and a pocket full of memories. The memories that rise to the surface at times like this are often unexpected and quite random.

Around 1986 I had signed an exclusive music publishing deal with DJM. The D and the J and the M stood for Dick James Music. The deal was brokered by Gus Dudgeon who brought his old friend Dick James out of retirement to sign the contract. Dick was feted in the music business as the man who signed the Beatles. Almost of equal importance to my mind: he was also the man who sang the theme tune of my childhood favourite TV themes – “Robin Hood, Robin Hood, Riding Through The Glen”. Gus’s connection to Dick was that he was once House Producer for DJM productions. Most notably one day Dick had asked Gus to take a young writer he had signed under his wing – Elton John. It all boded very well.

A few weeks later after the champagne and the press call, when the ink was dry on the deal I had occasion to call DJM. It was just something minor, a general housekeeping detail. The receptionist answered the call. To my dismay the call took a bizarre turn almost immediately. I felt reality start to wobble, we were talking the same language but we were not on the same page at all. I don’t recall the details but It was all very strange. Then suddenly, realisation dawned and I understood what had happened. Somehow, and lord knows how, I had called DJM Plumbing Supplies in Shiremoor. 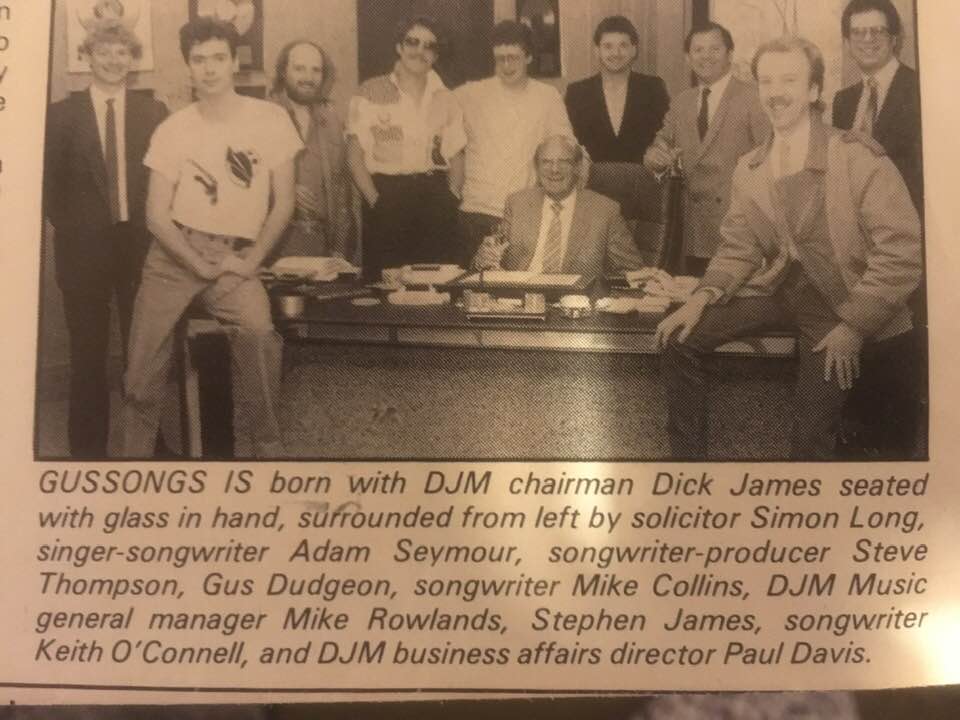