Wow, what a lovely time I had last night at The Steel Club, Consett “Homecoming Show”. I don’t think I’ve ever done a show with such a warm and friendly atmosphere. My highlights are too many to mention. Dave Ditchburn’s gyrations were infections to the whole front line. Many times I looked out on a sea of faces with many folks up on chairs taking pictures. Hopefully, some pictures will start to come in via Facebook. There were folks at the show who have been coming to hear me make music in one form or another going back 50 years. I was gobsmacked when the Manageress said to me “we’re honoured that you brought this show here”. With so much to do, playing, telling stories and pressing various pedals including one to advance the projections there were bound to be mishaps. Several times I was playing one guitar whilst the other was plugged in – Hilarious. It was remarkable to see so much goodwill and good vibes packed into one small place – it was quite special. Thank you Steel Club, ST Band and Audience. The single is out today: download and CD purchase info is here The album “THE LONG FADE” will be launched at a show The Cluny, Newcastle on May 30th. Tickets now on sale. 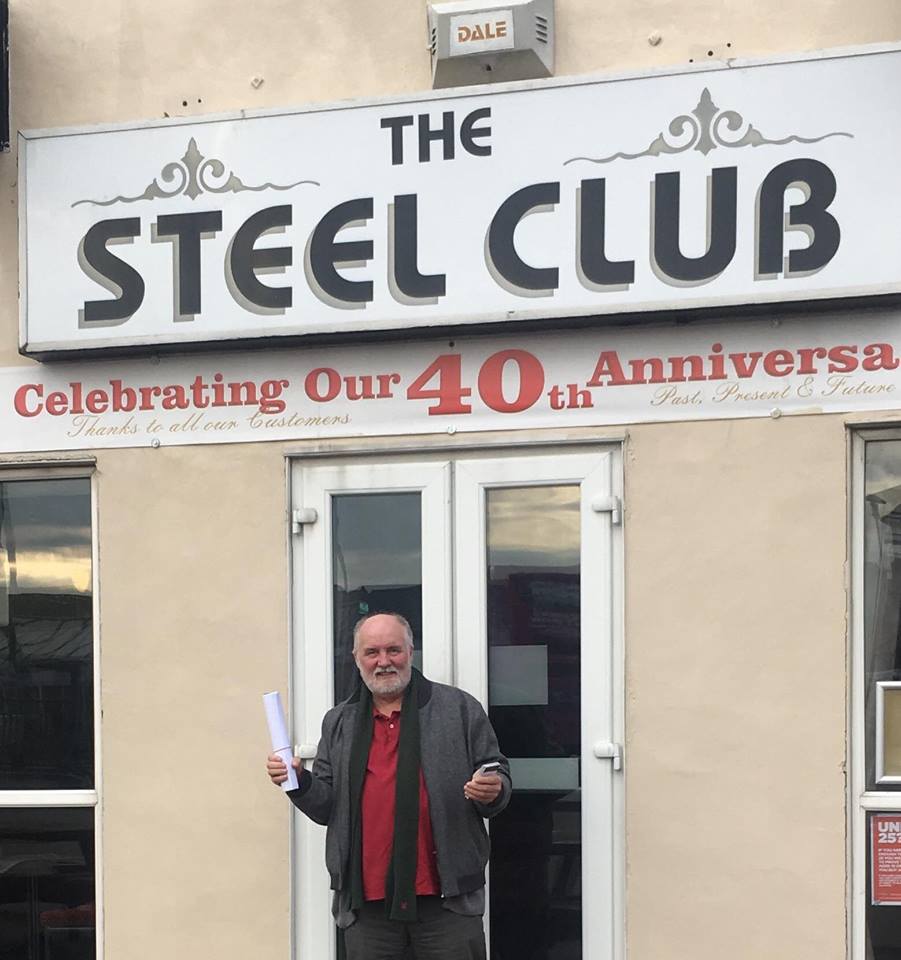