Facebook’s new(ish) feature “on this day” reminded me that 3 years today I posted the picture below under the caption “Plotting revolution in a cellar in Finland”. Indeed we were, hard to identify but the picture I’m clutching is of Vladimir Lenin and Joseph Stalin who allegedly had a clandestine meeting in Tampere, Finland where I and my comrades were plotting in a cellar. Actually what we were doing was devising and recording a script for a Machinima (animation) movie. The results were hilarious but we never made the film. Perhaps I’ll post the audio. I shall be heading to Finland again in a few weeks (Helsinki) and I’ll see if I can pay a visit on Tampere. Alas I fear I will not meet up with my fellow revolutionaries as most have moved on (perhaps pursued by the authorities) 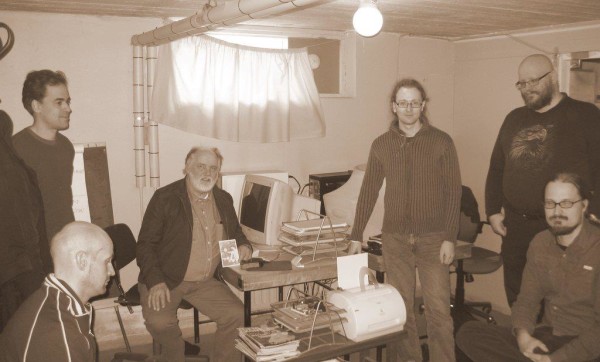