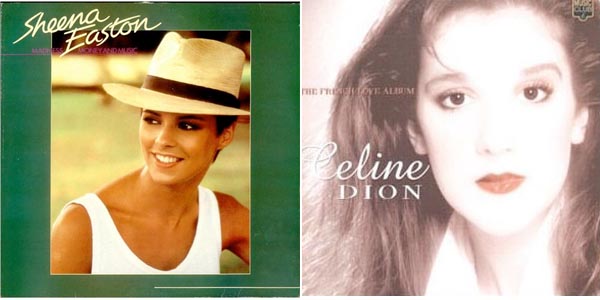 Here is another of my songs going through it’s various stages. Firstly there is my home rough demo using a DR 55 Dr Rhythm drum machine (a very early drum machine ). Next  I took it to Guardian Studios in Pity Me (UK) where Paul Smith supplied the drums I did the rest and Dave Black added the vocals. I’m afraid I don’t recall the name of the girl who did harmonies. Next we hear Sheena Easton’s version. This was released in 1982 on the top twenty album  “Madness Money and Music”. Unfortunately my song was not included on the USA release but it did really well in Japan and was added to later Stateside releases. Finally there is a version by Celine Dion which is a French adaptation by Eddie Marnay released both as a single and album track in 1984. The single was a big hit in France and Canada (cert Gold) and the album  Les Chemins de ma Maison also did well. As you can imagine the album has been re-released many times now and Ne Me Plaignez Pas is on oodles of compilation CD’s which continue to sell well to this day. Incidentally, Sheena’s version was produced by Chris Neil who also went on to produce Celine Dion. I’ve featured a live version of Ne Mr Plaignez Pas which I prefer