Around 1978 I was equally active producing bands for Neat Records and writing and demoing my own songs. One day Keith Satchfield of Fist approached me and asked if I had any songs suitable for the band (Fist). He was trying to get a commercial edge to their output. I said sure no problem and gave him some possible candidates. Kieth came back and said he’s like to do three songs. However, there was a catch. Kieth said the songwriter had to be in the band so in order to get these songs recorded I had to join Fist. So that’s exactly what I did, I became second guitarist in Fist. Dave Irwin was not around. I don’t know if he had departed or booted out to make way for me but it was me and Kieth Satchfield on guitars. Harry Hiroshima Hill was on drums and John Wylie on Bass.

I recently came across this tape box which lists the three songs we recorded but alas I do not have a machine to play them on. Until I hear them I don’t know if they are a rough mix or a finished master. I know the tracks never got released. 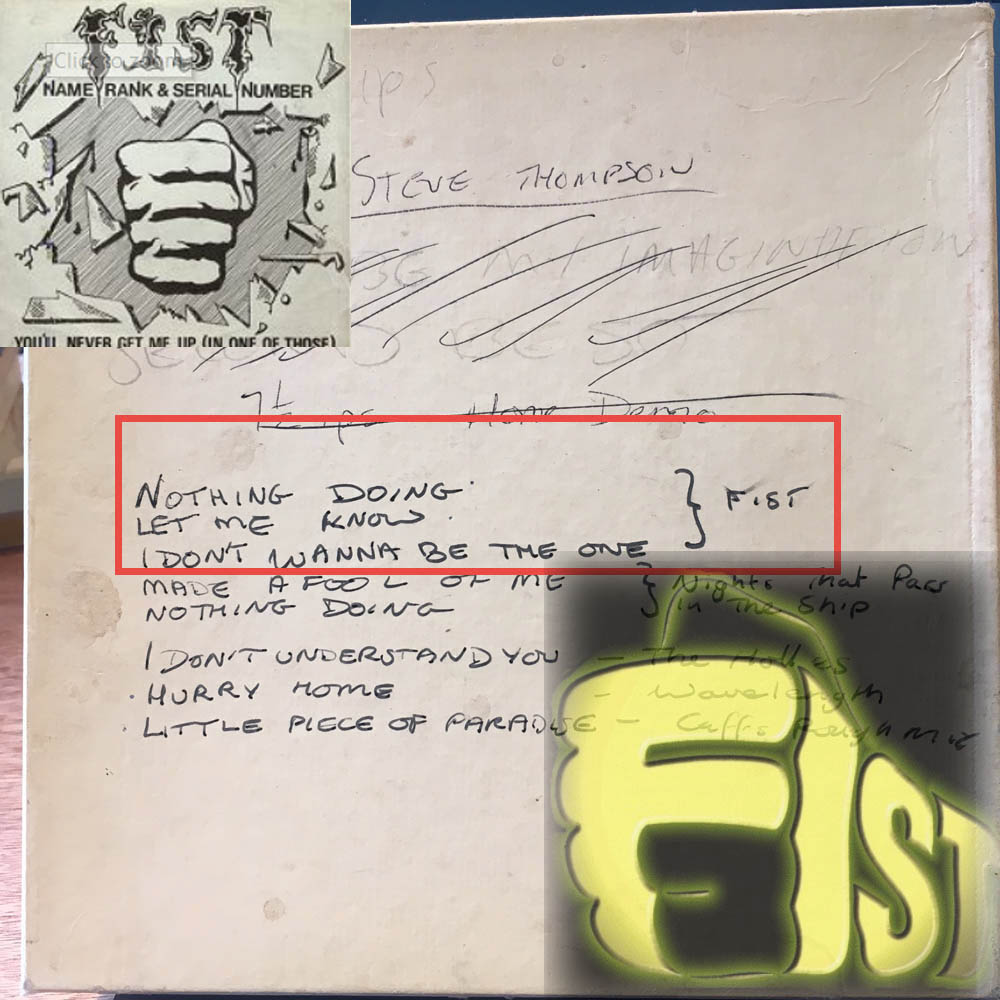