Yesterday saw the culmination of a lot of hard work. This was the premier show of Jobling The Musical which my collaborator Tom Kelly and I began several years ago. Relatively recently an opportunity came up to stage the musical at the National Centre for the Written Word (The Word) in South Shields. Shortly after embarking upon that an opportunity came up to work with Westoe Brass Band on the project which was really exciting as we felt this would lend a great deal of authenticity to a story set in 1832. Our final rehearsal took place at Haven Point on the seafront in South Shields which interestingly is directly opposite the 4th floor flat on the opposite bank of the Tyne where I wrote the top 20 hit “Hurry Home”. (pictured)

Given the lead in time we had available, the show was a “script in hand” performance but it was very powerful and the audience loved it. It is an interesting time politically to be staging the show as there are very strong synergies with Labour leader Jeremy Corbyn’s mantra “for the many, not the few”. Tom Kelly’s writing is most evocative and powerful and this was skillfully handled by the cast directed by Jonathan Cash. For my own part, this being a difficult subject to write about and I had taken great pains to wrap strong emotional content into the songs. Several people said afterwards that they had been most touched by the music. I, myself was not immune to this even though I had composed them. To hear the songs being skillfully delivered by the cast supported by the fantastic sound of Westoe Brass Band was extremely moving. One of the cast mentioned that they saw my face during one of the most emotional pieces and almost filled up too.

Afterwards Tom and I took part in a question and answer session and it was clear there is an appetite to see the show fully staged. We are all very hopeful that we can move this on and take this important North East story to a larger stage. The show was recorded in video and audio so you may see bits and pieces in the coming months. Meanwhile to hear song demos, click here. Let me quote our director Jonathan Cash’s words after the show which sum it up very well.

A personal thank you to all the cast. You made your director very proud. Also to Lee Morris and the band for accommodating the changes we needed so readily and for the beautiful sound you made. It felt like The Word had been waiting for that joyous, mellow loveliness. Thank you Tom Kelly for asking me to get involved and for your perceptive and always human writing and to Steve Thompson for the melodies that made everyone care so much. Today was worth all the effort. Jobling will rise again!

See the full cast list and musicians below the image gallery. 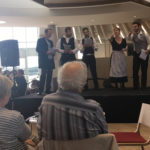 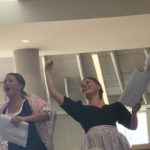 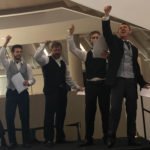 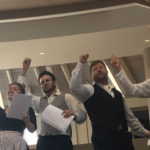 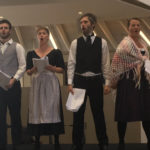 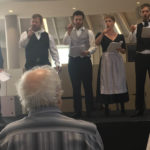 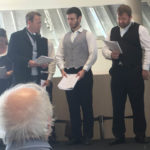 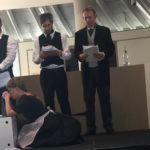 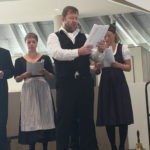 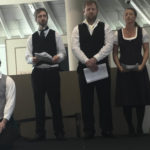