Another chapter from my book for your perusal: 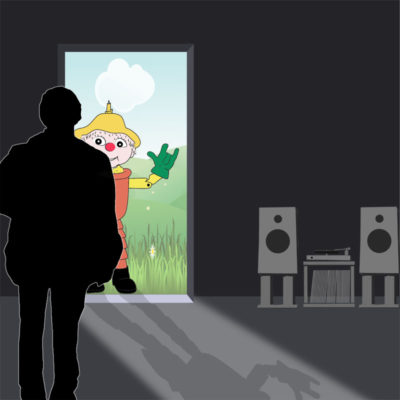 An intriguing chapter title, I hope you’ll agree. There was no trigger for this story emerging from my subconscious after 39 years. It just dropped from the back of my mind one morning as I took a shower.

It’s the summer of 1981 and for three years I’d been house producer at Neat Records. Neat was fast growing into a foremost specialist Heavy Metal label. It had not begun as a Heavy Metal label. We set it up as a vehicle to see what we could do. I produced the first two singles on Neat which were mainstream pop and then I produced the first Heavy Metal single on Neat Records which was Neat 003: The Tygers Of Pan Tang. I also produced the first album on the label: “Rock Until You Drop” by Raven. And then my final production for Neat was a brash young trio called Venom. After the Tygers single, the interest in Neat releases had gone ballistic. I was also operating as A&R guy and apart from producing, I was trawling through the piles of cassettes and tapes coming in from heavy metal hopefuls.

We had a young lad at the studio on a youth opportunity scheme. His name was Conrad Lant. He helped out on the sessions as a kind of gopher/tea boy. Conrad was watching all this happen and he was forever telling me all about his own band Venom and beseeching me to give them a break. One day I relented and gave them a session. We recorded 3 tracks that day, one of them being “In League with Satan” which eventually became their single. I loaned Conrad my Gibson bass for the session.

With hindsight I can see now that big and significant things were happening at the studio. But at the time my workload was increasing and it was dedicated to heavy metal. There was less and less time for me to develop any of my own stuff. So, I decided to quit. When I told Micky Sweeney, the sound engineer I was leaving the studio, he decided to go too: a clean break. Neat Records was becoming pretty high profile so the engineer and house producer jumping ship at the same time was a big enough story to make the regional newspapers.

I dropped out of the growing Neat Records story, a story that I had played such a significant part in up to then. This career move was either very brave or very stupid but I was young and I instinctively felt I had to do it. I’ve since given many interviews about those early days at Neat for books, blogs, magazines, films and radio as well as on the talks circuit.

And so there I was in my flat in Tynemouth, contemplating my future. It dawned on me that my future right then looked a little bleak. All I had was a dream and a cart load of ambition. Then there came a knock at the door. Flobbalop!!

I answered the knock and there on the doorstep stood a man who introduced himself as Ken Lewis. He said he’d read about me in the local press and he was a songwriter too and would like to chat about song writing. So, I invited him in. Over a cup of tea, he began to tell me his story. He said he had sung backing vocals on The Who’s “Can’t Explain”. He’d been a member of the 60’s band The Ivy League. He’d written several hit songs with his partner John Carter. One of them being “Let’s Go To San Francisco“. A big hit and they’d called themselves The Flowerpot Men for that one. He told me that he and his writing partner John used to make up names for a band when they had recorded something worthy of release. Then Ken explained that he’d been suffering mental illness and was no longer in the music business. I believed him. I believed he was mentally unwell, it was kinda obvious. But I think I believed all the other stuff too, as implausible as it may have seemed. He just wanted to talk, so it wasn’t important whether his stories were true or not. Maybe I neither believed nor disbelieved his stories at that time. I just accepted them. Ken said he was very interested in my work and wanted to hang out with me the next time I was in a recording studio. I said OK and as it happened, I had a session arranged the following week as I seriously needed to get my new song writing career underway.

The recording session was at Morton Sound in the heart of Newcastle City. The same studio that I’d first used when I quit my band Bullfrog. I could have used Impulse but I wanted to make a clean break. Plus, I was broke and the session was a low budget affair. I was going to knock off as many songs as possible in just one session.

As a non-driver I asked my mate Graham Jenkinson to drive me to the studio and so he picked me up in his white transit van and took me and my gear into Newcastle. When I climbed into the van, I found that also along for the ride was young Andy Taylor, now a major pop star with Duran Duran. Andy had dyed his hair blond and at 9am was happily smoking a spliff. I declined to participate. I asked Andy, “what’s it like being a pop star” and he responded “fucking great”.

The session went fairly well. I had asked my drummer, Paul Smith, to bring only bass drum, snare and hi hat to keep it simple. The band Fist had recruited a new singer called Glen Howes, who impressed me, so I asked him to sing the demos for me. There were only 3 of us on that session: Paul on Kit, Glenn on vocals and me on everything else. And Ken Lewis sat in on the session and listened. He didn’t participate or comment at all. When the session was over, he said goodbye, and left. I never saw him again.

This is all I remember of my brief association with Ken Lewis. He didn’t suggest we co-write or anything at all and he seemed to want nothing from me. Back then I only half believed his story but with the benefit of Wikipedia, I have now been able to check his story out. Reading Ken’s Wikipedia entry, I found he was indeed a member of The Flower Pot Men and co-wrote “Let’s Go To San Francisco” with John Carter, as well as several other hits. He was a member of the Ivy League and did indeed sing backing vocals on The Who’s “Can’t Explain”. What he omitted to tell me was that the guitarist in his early band with John Carter, was Jimmy Page. Wow! The most telling thing in the Wikipedia entry is the explanation that: “Ken Lewis quit the music business due to depression and moved to Wallsend”. He was living near to Impulse Studios/Neat Records. Sadly, the entry also reveals that he passed away in 2015. I don’t know why he popped into my head in 2020 but I might have been tempted to re-make contact and ask him why he tracked me down in 1981.

It’s rather strange to recall Ken passing through my life so briefly, almost like a ghost. The recording session that he sat in on, included my biggest selling song ever: “Please Don’t Sympathize” – a top 20 album track for Sheena Easton and a hit single for Celine Dion, going Platinum in Canada and France. Perhaps Ken Lewis had simply stopped by to be my lucky charm. Thanks Ken. 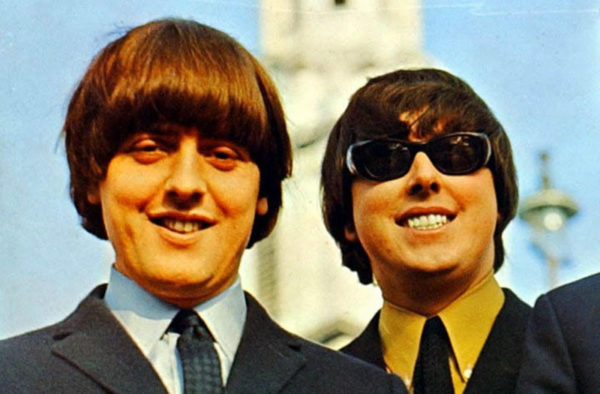 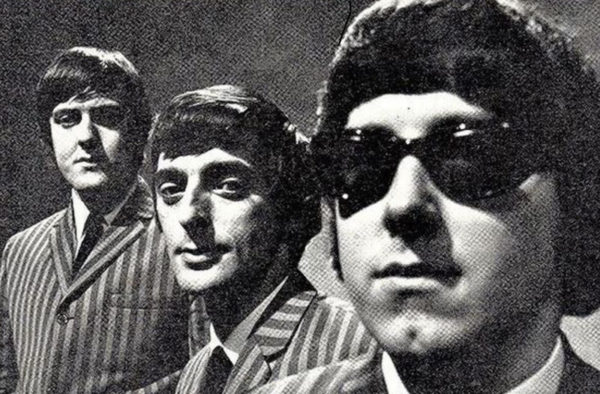 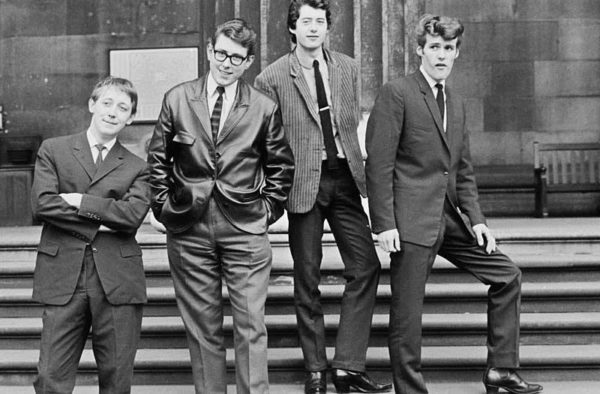 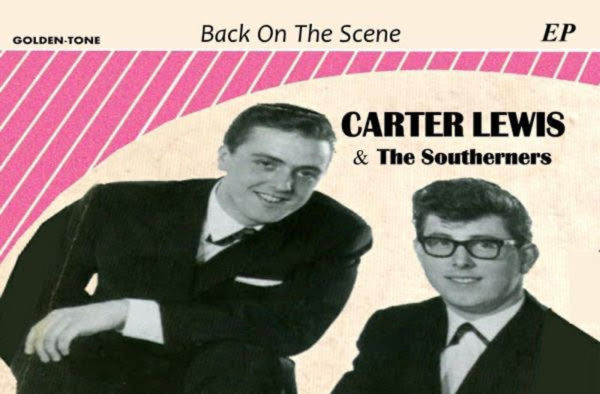 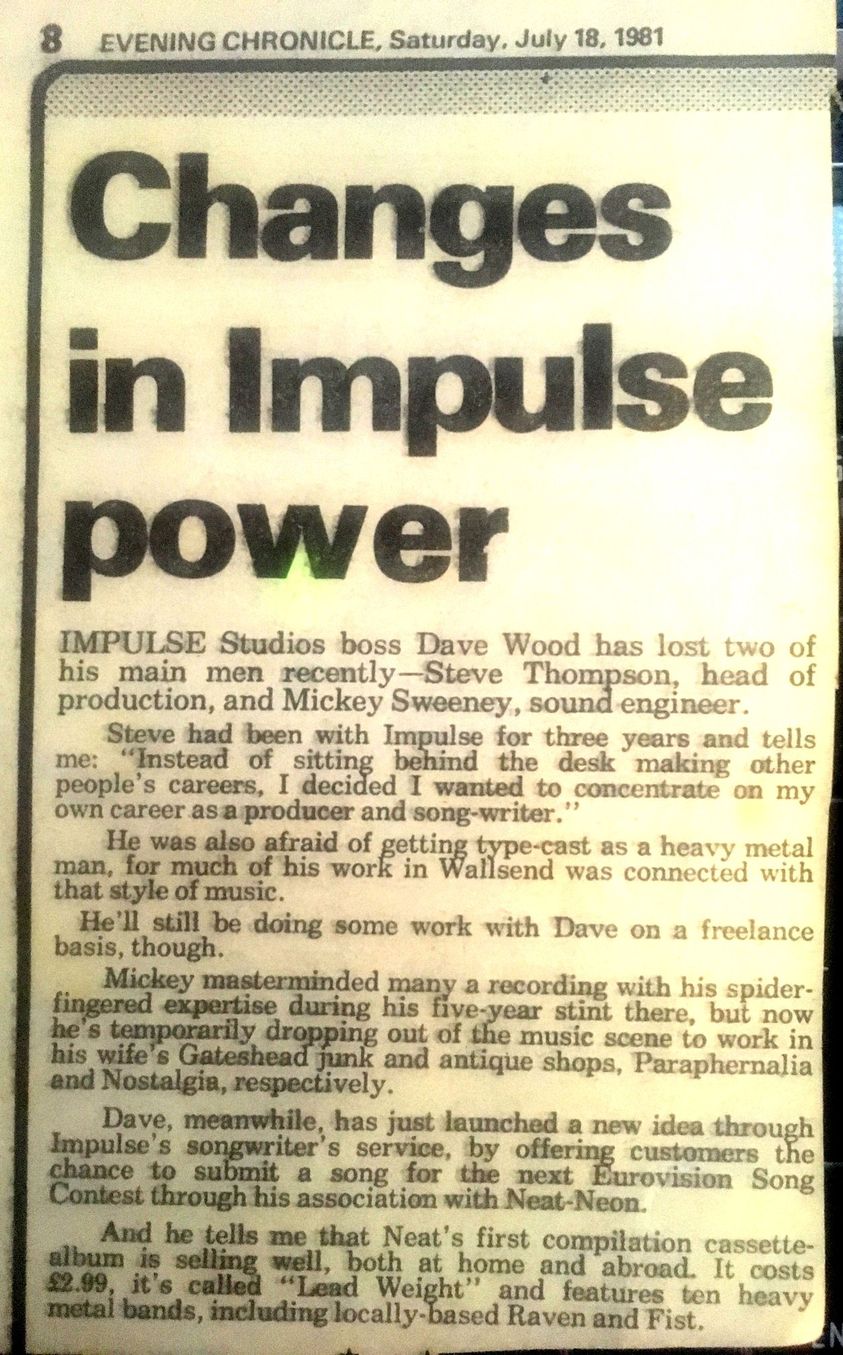