NCN developed out of the early Internet activities of Wolf FM, a community radio project in Walker, Newcastle. It grew and grew, attracting local interest as well as a large following of Geordie ex-pats from all over the world.  We  worked with Newcastle Literacy Trust and Newcastle Libraries Service and developed several groups of community reporters. This was before WordPress and Blogger and the training sessions that I ran contained a healthy dose of HTML tuition. The project was a labour of love and I just knew I had something special. However it attracted the attention of Teesside University and I ended up taking my ideas to Teesside. I believed at the time that I could keep the Tyneside project going but it eventually drifted and diminished. One day I’ll get round to putting the stories back online at http://ncn.me.uk/

Below is a hand made “business card” from the time. Not terribly unusual you may think by today’s standards but quite innovative for 1997 perhaps? 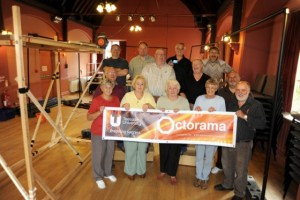 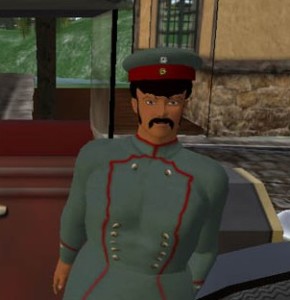 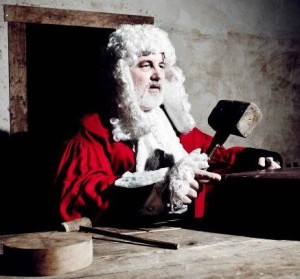 In the year 2000 we saw the very first online pubquiz between Skinningrove in Timms Coffee House and the Black Bull in Trimdon. Skinningrove won! This was a great boost for Skinningrove for a number of reasons. Firstly Skinningrove were just recovering from two massive floods. The other reason was that the Black Bull had what they thought was an ace on their team – Prime Minister Tony Blair (pictures below).. This led to a whole string of Community Challenges which grew in size until it covered the entire country. There was even a Euro Challenge. We had a TV crew with us at the time so you can enjoy the atmosphere at Timms in the video below.

This event was in the very early days of UK online and captured the interest of the network and came to the attention of BECTA and in particular a guy named Alastair Clark. Through Alastair of Becta and Teesside Uni through Steve Thompson and Dave Eagle who developed some software the idea grew and grew.

After the first one there was a challenge across the UK.

Then there was the Euro Challenge

And the most recent was the “Two Tribes” challenge between the Maynard Arms, Carlin How and Toad Hall Arms, Moorsholm.