On October 10th 1974 I got a call from our manager to say there was a gig going that very night supporting Wishbone Ash could I contact everyone and get the band together for the show. I rang round everyone including the roadies and we were ready to rock. When the call came in I had been dying my platform boots (well it was the 70’s) I fancied green but because of that call I had to turn out that night with one green boot and the other still the original cream colour. The show was at Newcastles Odeon Cinema, the one and only time we ever played there. This was before they split it up into smaller cinemas and was a huge venue.

Bullfrog at the Odeon Newcastle circa 1974 by STMedia

Yesterday I visited Newcastle to see the Odeon looking in a sorry state (below). I’ve since learned it has been de-listed and is undergoing demolition. Shame! 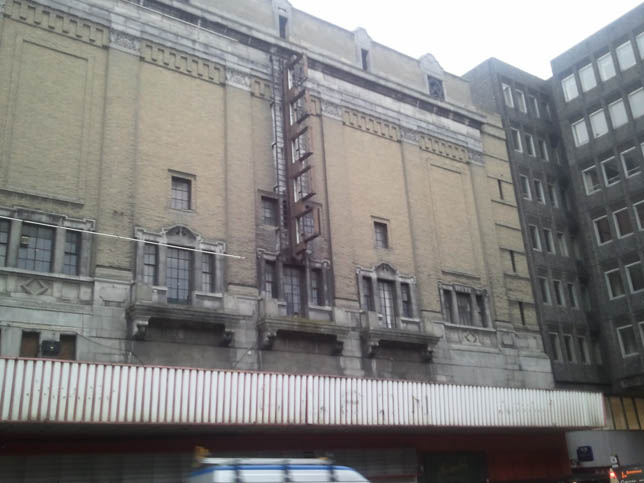 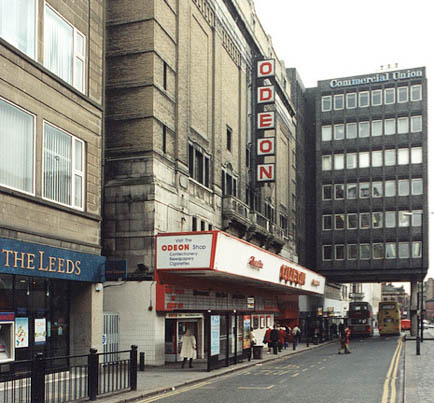 This picture shows the scale of the Odeon before it became a multiplex. I believe it was this act of destruction that led to it’s eventual demise. If all those original features were still there it would no doubt still be a listed building. 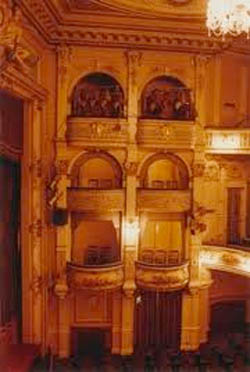