There comes a point in the Autumn years when a guy might contemplate what his legacy (if any) could be. This could be small things like good deeds remembered. Luckily, I think I’ve sown enough of those to offset any bad shit I might have done.

As I was preparing my Songwriting Masterclass I found myself recalling the point at which I joined Impulse studios in Wallsend to become a record producer/songwriter/publisher/A&R guy. When I walked away several years later it was in order to concentrate purely on being a songwriter. Bands I’d produced got on with their careers and I got on with mine. I paid scant attention to the body of work I’d amassed as a producer as my focus became songwriting. It’s only in the past couple of years that I’ve started to realize what some of the foundations I laid had led to.  Not least of all I found myself cited as “The Godfather of The North East NWOBHM (New Wave of British Heavy Metal). I did touch base again with the Tygers of Pan Tang a few years further down the line after quitting Neat with their 5th and 6th albums but I’ve only recently touched base again with Raven and Venom. I’m beginning to appreciate that I helped start things that influenced a whole generation of performers worldwide. Metallica springs to mind as one example. I was so wrapped up in my own career that I forgot to observe others that I’d had an influence on. I’m not beating myself up about this but it’s pleasant to find that musicians I helped back in the day have not forgotten. Sorry if this sounds like a bragging fest. Not at all, I’m just taking stock. 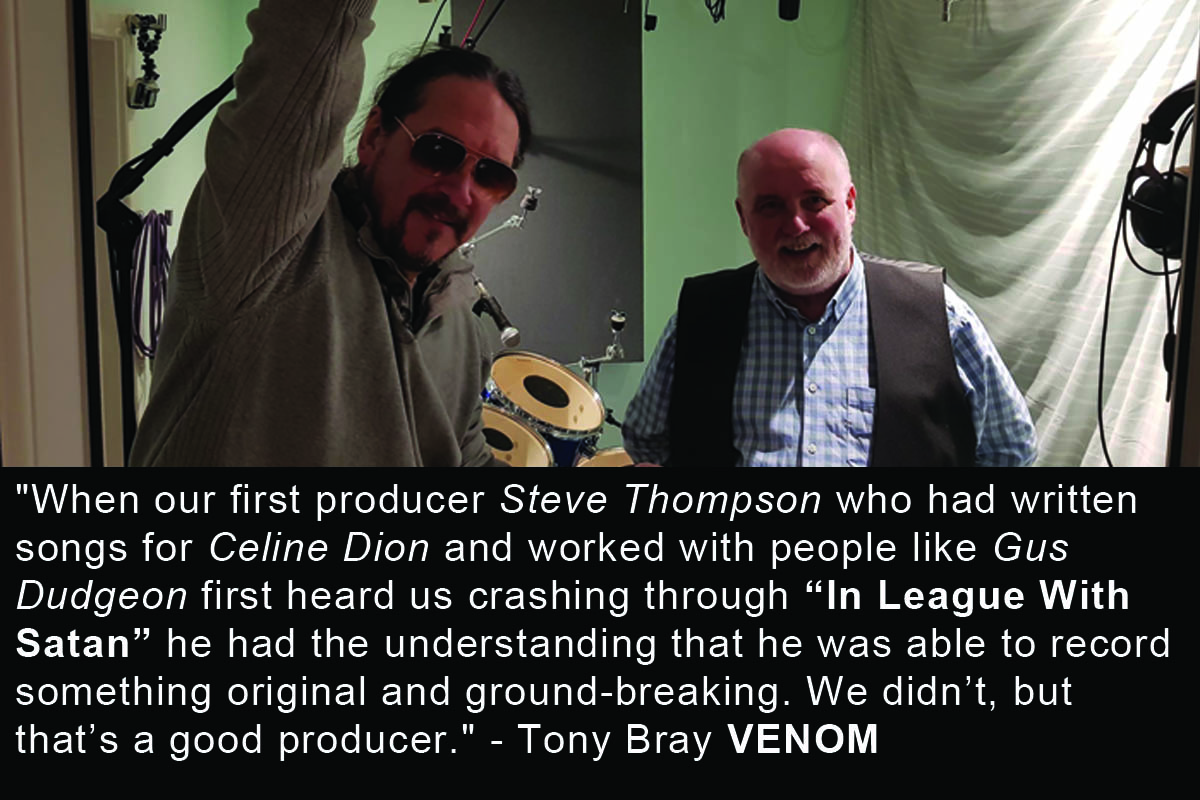